SCA has protected forest areas with high nature values in Jokkmokk municipality for decades. This week, on September 19, an agreement has been reached between SCA, the County Administrative Board of Norrbotten, the Swedish Environmental Protection Agency and NGO Steget Före on the formal and long-term protection of 1,114 hectares of forest as nature reserves and conservation areas.

Under the agreement, 25 forests with high nature values on SCA land will receive long-term protection as nature reserves and nature conservation areas. The forests are located in Jokkmokk municipality and amount to a total of 1,114 hectares of productive forest.

“These are valuable forest environments, vital for biodiversity, and that we have managed for decades and not conducted any forestry activities. The fact that we've now reached an agreement and created long-term formal protection is very positive and secures the future of these forests,” says Hans Djurberg, Head of Sustainability at SCA. 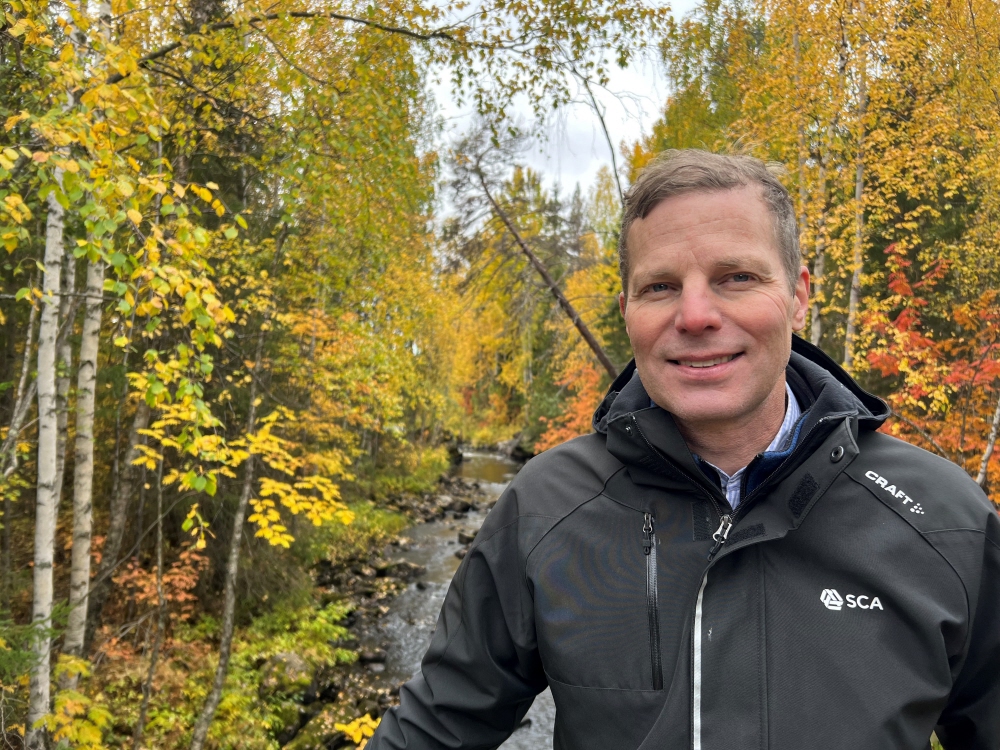 Hans Djurberg, Head of Sustainability at SCA, on site in Jokkmokk.

Progress towards the agreement has been underway for about 30 years since the formation of Steget Före. Through their inventories a number of unique and valuable natural forests were found in Jokkmokk municipality.

Since 1998, there has been a long-term commitment to conservation of the areas included in the agreement and in close collaboration with Steget Före, SCA has protected these forest environments. With today's agreement, these areas will be formally protected for the future by the state reimbursing SCA for the formation of eight nature reserves, while at the same time concluding agreements on nature conservation without compensation in 17 other areas.

“Preserving biodiversity is about taking the right actions in the right places – such as the establishment and protection of priority habitats. The areas included in today's agreement are examples of unique forest environments that have high values in terms of biodiversity and outdoor activity, which is why we have protected such areas on a completely voluntary basis for a considerable period of time. Reaching this agreement after many years that gives these forests formal protection represents a success for all those involved,” says Djurberg.

Details about the agreement, including which areas will become reserves and will be covered by conservation agreements, are available on the County Administrative Board of Norrbotten's website (In swedish).