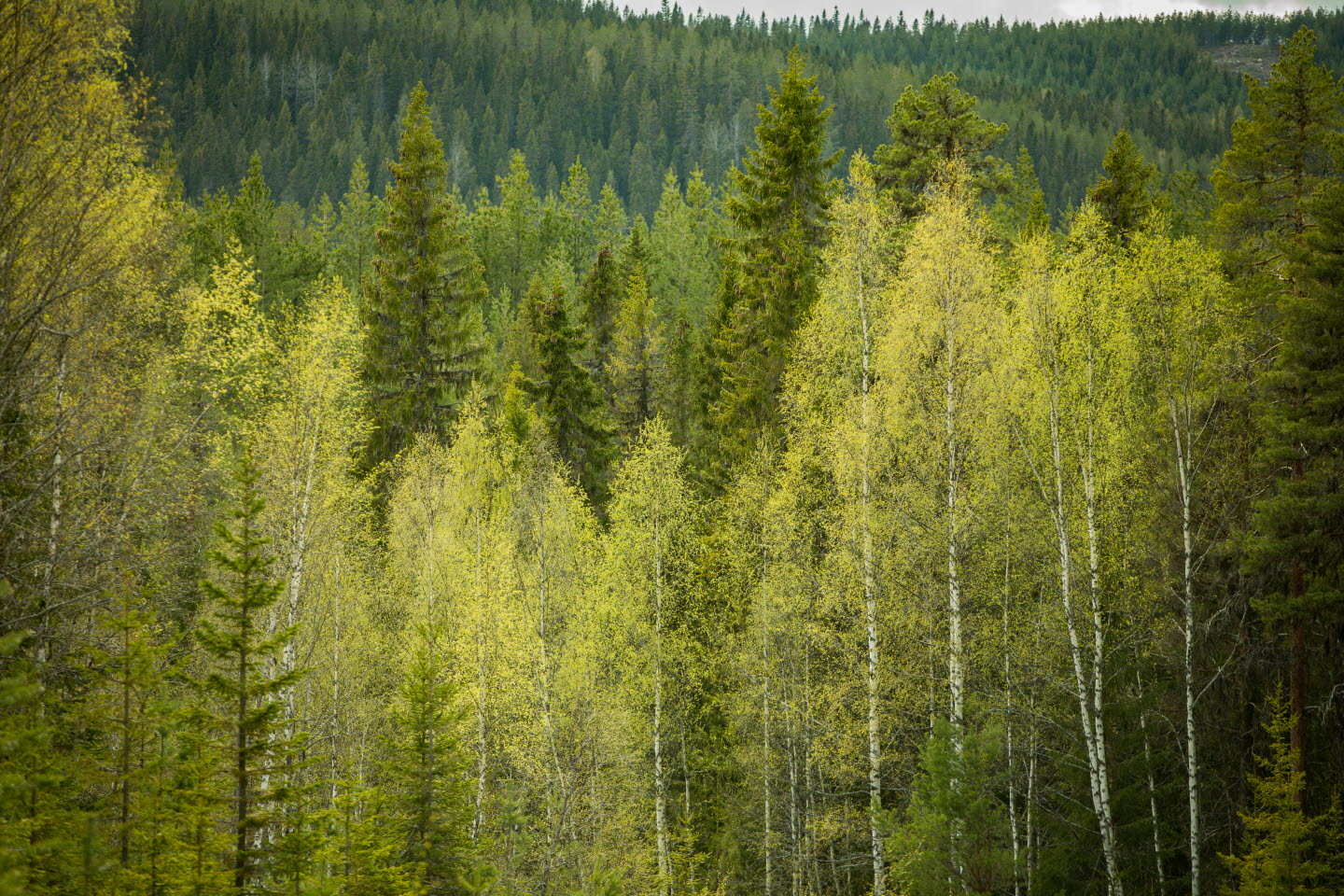 The core of our operations is the growing forest. Around this unique resource, we have built a well-developed value chain based on renewable raw material from our own and others’ forests.

SCA takes a long-term approach to its operations and sustainability is an integrated part of the company’s operations and business model. SCA’s sustainability work encompasses social, economic and environmental targets, which are integrated into the company’s work and business development. The Group’s work is summarized in SCA’s sustainability platform, which covers the company’s operations as a whole and is an important part of SCA’s value creation. During 2020, SCA further developed its platform and supplemented it with six Group targets, one for each component. The Group targets are long term and also comprise a number of supporting targets, which describe how the Group targets will be achieved. Read more on page 137 of SCA’s 2020 Annual Report.

What does sustainable forestry entail for SCA?

SCA’s forestry activities aim for our forests to be at least as rich in biodiversity, nature experiences and wood in the future as they are today.

Will the forest be able to meet everyone’s needs? How does SCA as a company balance the endeavor for a continuous return against the risk of undermining the long-term value, and how do you assess and balance various interests, such as financial and ecological?

SCA has in-depth knowledge of its own forest resources and the company plans to balance various needs and risks in the long term. SCA forest land shall, in the future, be at least as rich in biodiversity, nature experiences and wood as it is today. We work to develop precision and efficiency in all areas, both in terms of nature conservation and wood production.

Forest changes slowly. SCA harvests about 1% of its forest area each year, meaning that the company has good possibilities to follow up on and analyze the effects of its own activities, as well as to adjust plans as required. We can state that SCA’s forests, since the company began to systematically inventory and measure the forests at the end of the 1940s, have increased their standing volume by more than 60%, while growth and the sustainable harvest level have more than doubled. During the same period, SCA has harvested a larger volume than what currently stands on the company’s land. It can be added to this that the company, voluntarily and without remuneration, exempts more than 20% of forest land from use or cultivates it in a manner that increases biodiversity. One in five trees in SCA’s productive forest land is left to live a natural life, die a natural death and provide a habitat for wood-decay fungi, insects and woodpeckers.

The spruce bark beetle – how does SCA view the risk that it entails and what is the current infestation situation for SCA?

The spruce bark beetle is everywhere in our forests. In well-managed and actively managed forests, it is seldom a problem. We audit spruce bark beetle damage, particularly after such events as storms, which could result in a high number of windfalls. Where there is a risk of a more extensive infestation, we take action, generally in the form of harvesting of damaged trees, preferably before the larvae have hatched.

In terms of wood value, how much has the spruce bark beetle destroyed?

For SCA and over the past decade, the value has been very modest – it’s difficult to quantify. Definitely much less than the moose damage that has affected SCA and other forest owners in the Norrland region during the same period.

The foundation for today’s forestry policy was passed by the Swedish Riksdag in 1993. At that time, two targets were introduced, which are to have equal status: a target that the forest shall provide high and valuable wood production and a target that the forest’s nature values shall be preserved and developed. At the same time, detailed regulation was reduced – the forest owners were given “freedom with responsibility” to take responsibility themselves for conducting sustainable forestry. What is SCA’s stance on this?

This combination of targets is a prudent way for government policy to promote a positive trend in both wood production and sustainability. The detailed regulation that preceded the 1993 forestry policy was unfortunate and culminated in a final felling obligation for forest owners, with a requirement to harvest at least half of the forest’s growth over a ten-year period.

Forest is a complex and dynamic resource. A large number of forest owners who endeavor to achieve these equal-status targets in various ways is probably a resource-efficient way of ensuring diversity.

There are a lot of terms and concepts in the debate on forestry and nature conservation. Here are some of them:

High Conservation Value Forests (HCVF) - Forest with the highest conservation values – in the Swedish FSC standard defined as key biotopes, as defined by the Swedish Forest Agency. SCA’s HCVF’s are voluntarily set aside from forestry in the company’s ecological landscape plans.

Värdetrakter – (High-value forest landscapes, HVFL) - A planning tool developed by the Swedish Environment Protection Agency, which includes the definition of an area wherein there are more than one nature reserve or HCVF. A large share of the HVFL is forest land with normal nature values and can be managed accordingly.

Continuity  forests – Forests that are naturally regenerated and  that have never been clear-cut. That is the case for most of SCA’s forests older than 60 years, i.e. practically SCA’s harvestable forests.

Old growth – A term sometimes used for old forests with high nature qualities, but there is no clear definition of the term.

Forest land – According to the FAO definition, land where at least 10 per cent of the land is shadowed by trees and that is not used for agriculture.

Productive forest land – Forest land where the average timber production over a rotation, the time between one regeneration and the next, amounts to more than one cubic metre of wood per annum and hectare.

Non-productive forest land – Forest land where the wood production is less than one cubic metre of wood per annum and hectare, as an average over a rotation.