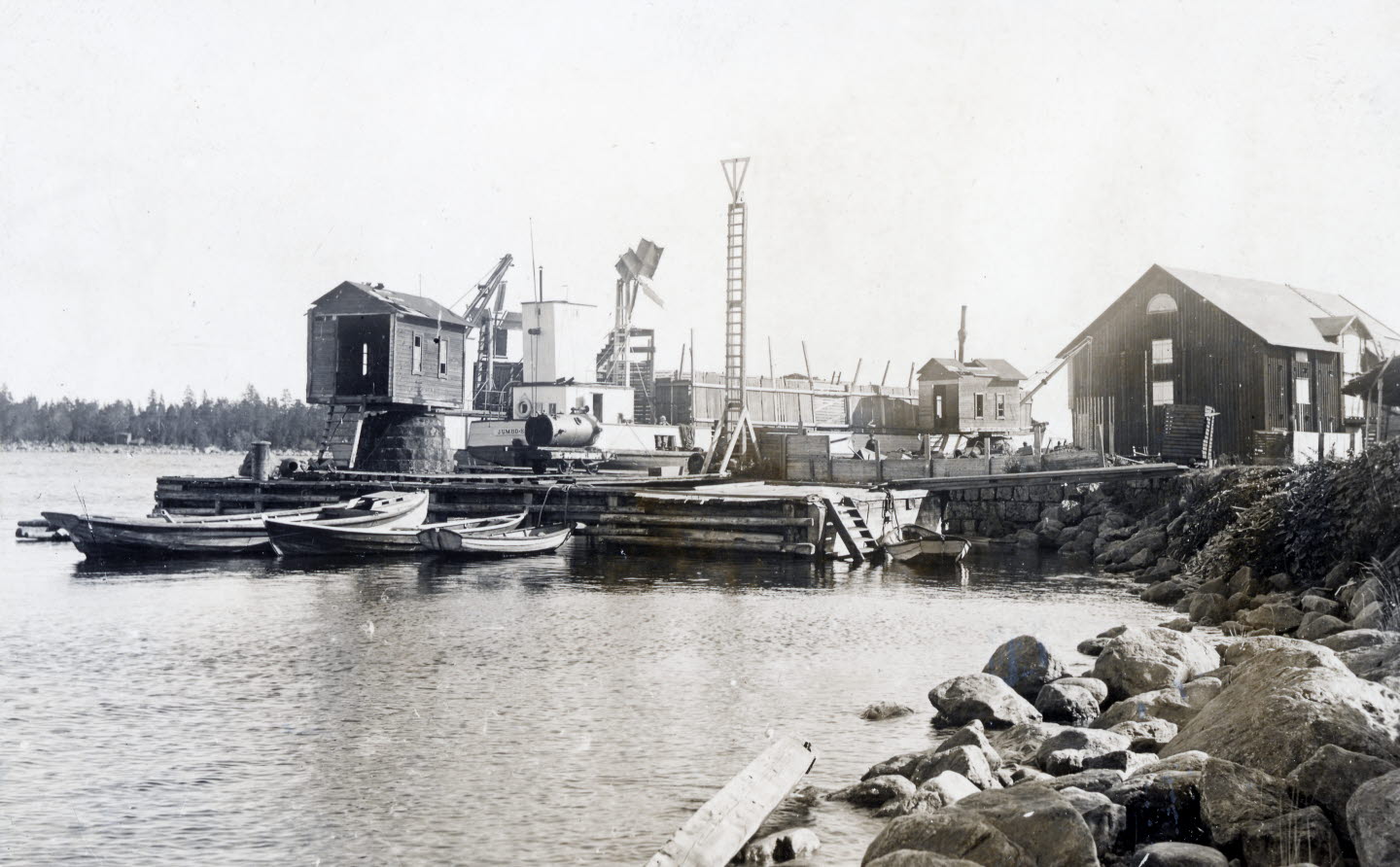 The main product unloaded in the port was iron ore from the mines. Pig iron and rod iron were uploaded for shipping to Swedish and foreign ports.

Galtström’s first port was in Prästviken, about 800 meters south of the port in Utterviken where we are now standing. The port in Prästviken was abandoned at the end of the 19th century because it had become too shallow due to land elevation. Shipping to and from the ironworks was then relocated to the port in Utterviken. The main products unloaded here were iron ore from the mines in central Sweden (Bergslagen), limestone from Oaxen in the Roslagen archipelago and quartz from Väddö in the Stockholm archipelago.

Pig iron and rod iron were uploaded for shipping to Swedish and foreign ports. In 1876, a railway was built to connect the port with the works. Three port cranes were used for loading and unloading. The remaining steam crane from 1881 previously stood on the quay.

Before the current slipway in the northern part of the port was built, there was a small shipyard with a slipway built in 1855. The two-masted schooner Galtström and two sea-going barges, Jumbo and Ymer, were built at the shipyard. In the 1890s, the works owned 15 barges, eight of which were sea-going. The 150-hp tugboat Ophelia was acquired in 1885 and has now been returned to Galtström after a long period of activity along the north coast. A photo from 1914 shows how the port area was used for drying sawn timber from the sawmill. In 2018, the quay underwent a major renovation.