Thursday February 14, His Majesty the King Carl XVI Gustaf inaugurated SCA’s pulp mill Östrand in Timrå. The expandsion of the mill is one of Sweden’s largest industrial investments ever. 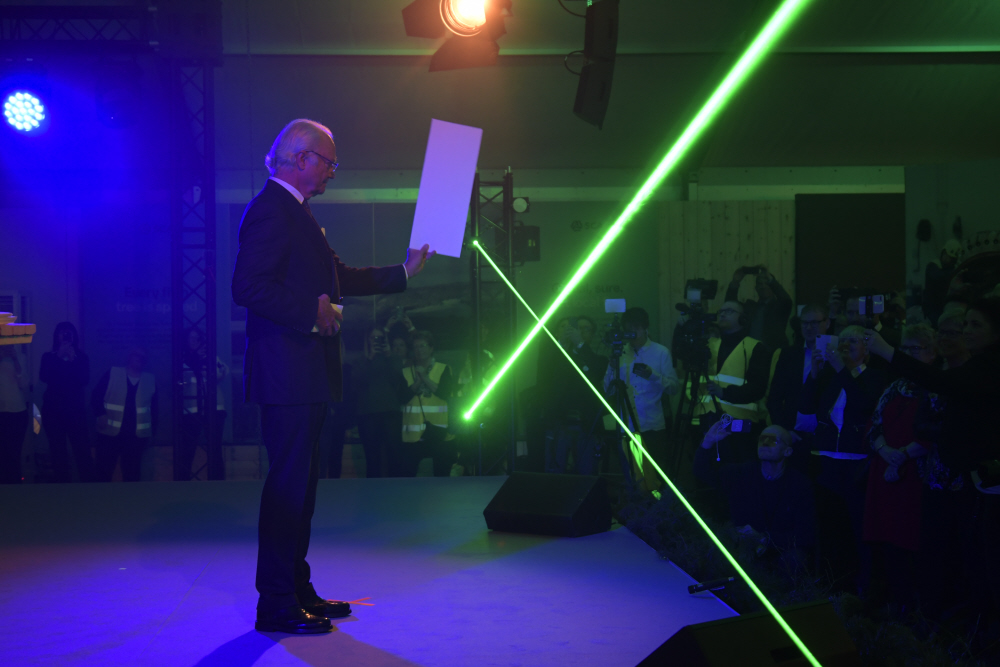 His Majesty the King of Sweden Carl XVI Gustaf during the ceremony, where he with laser and pulp explained the new factory inaugurated.

More than 300 guests came to take part in the grand opening of the Östrand pulp mill. The guests were an international gathering of customers, suppliers to the project, the Swedish government, SCA’s shareholders and many others.

“When it comes to forests and forest products, Sweden is a world leader”, said Minister of Enterprise Ibrahim Baylan during the inauguration ceremony. “The forest creates export income and leading technology for Sweden and jobs in Sundsvall, Timrå and the rest of rural Sweden. The renewable forest resource plays an important role as we build a sustainable society.” 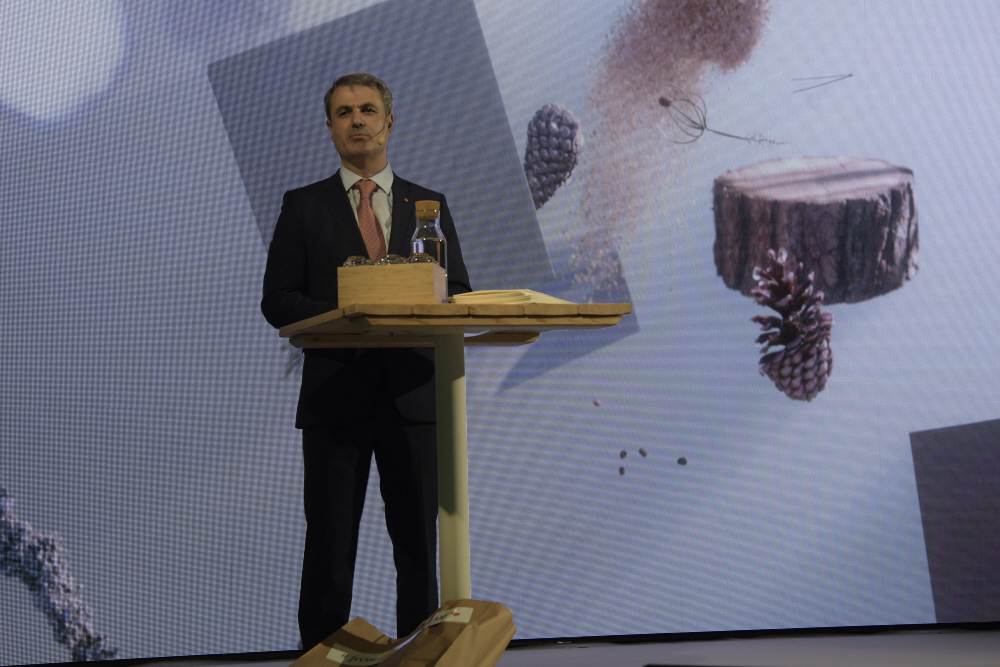 Ibrahim Baylan, Ministry of Enterprise and Innovation, was one of the speakers on stage during the inaugregation.

The guests were given a guided tour of the expanded mill including a visit to the new control centre where all the operational functions are gathered in the most modern possible work environment, resembling an air traffic control centre.Virtually all processes in the mill are monitored and managed from this control centre. 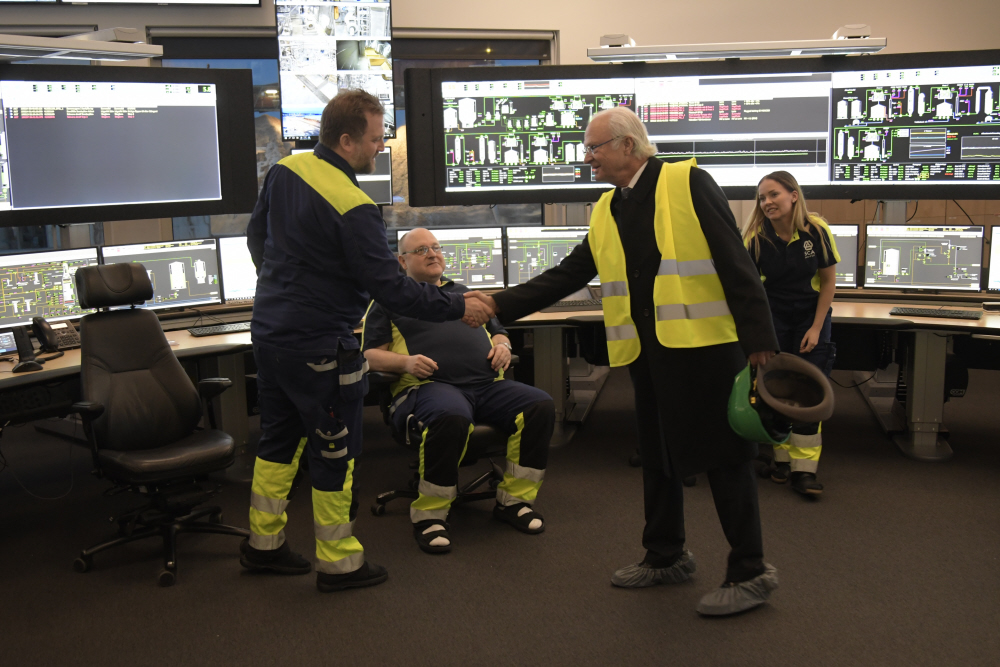 His Majesty the King of Sweden Carl XVI Gustaf visits the new Operations Center on Östrand.

SCA has invested eight billion SEK in expanding the mill and to double it’s capacity to 900 000 tonnes of bleached softwood kraft pulp, making Östrand the largest mill of its kind in the world. The investment enables SCA to be world class in terms of product quality and environmental performance.

“A lot of Sweden’s prosperity has been built by forests and the forest industry’s products”, said the Swedish King Carl XVI Gustaf at the inauguration. “But the forest has not only shaoped Sweden’s history. It also provides the raw material of our future in the shape of green electricity and biofuels.”

King Carl XVI Gustaf used a sheet of pulp to break a ray of light and start a spectacular light show, marking the opening of the new pulp mill.

The two biggest suppliers to the project have been Valmet who supplied the fibre line with a number of components, including the world’s largest softwood pulp digester, and Andritz who, among other projects, undertook a unique expansion of the recovery boiler.

The project has been partly financed by the European Investment Bank.

Photos from the grand opening, you can get the pictures at SCA's Newsroom, Cision
Photo: P-A Sjöquist, SCA

The core of SCA’s business is the forest, Europe’s largest private forest holding. Around this unique resource, we have built a well-developed value chain based on renewable raw material from our own and others’ forests.
We offer paper for packaging and print, pulp, wood products, renewable energy, services for forest owners and efficient transport solutions.
2018 the forest products company SCA had approximately 4,000 employees and sales amounted to approximately SEK 18.8 bn (EUR 1.8 bn). SCA was founded in 1929 and has its headquarters in Sundsvall, Sweden. More information at www.sca.com.