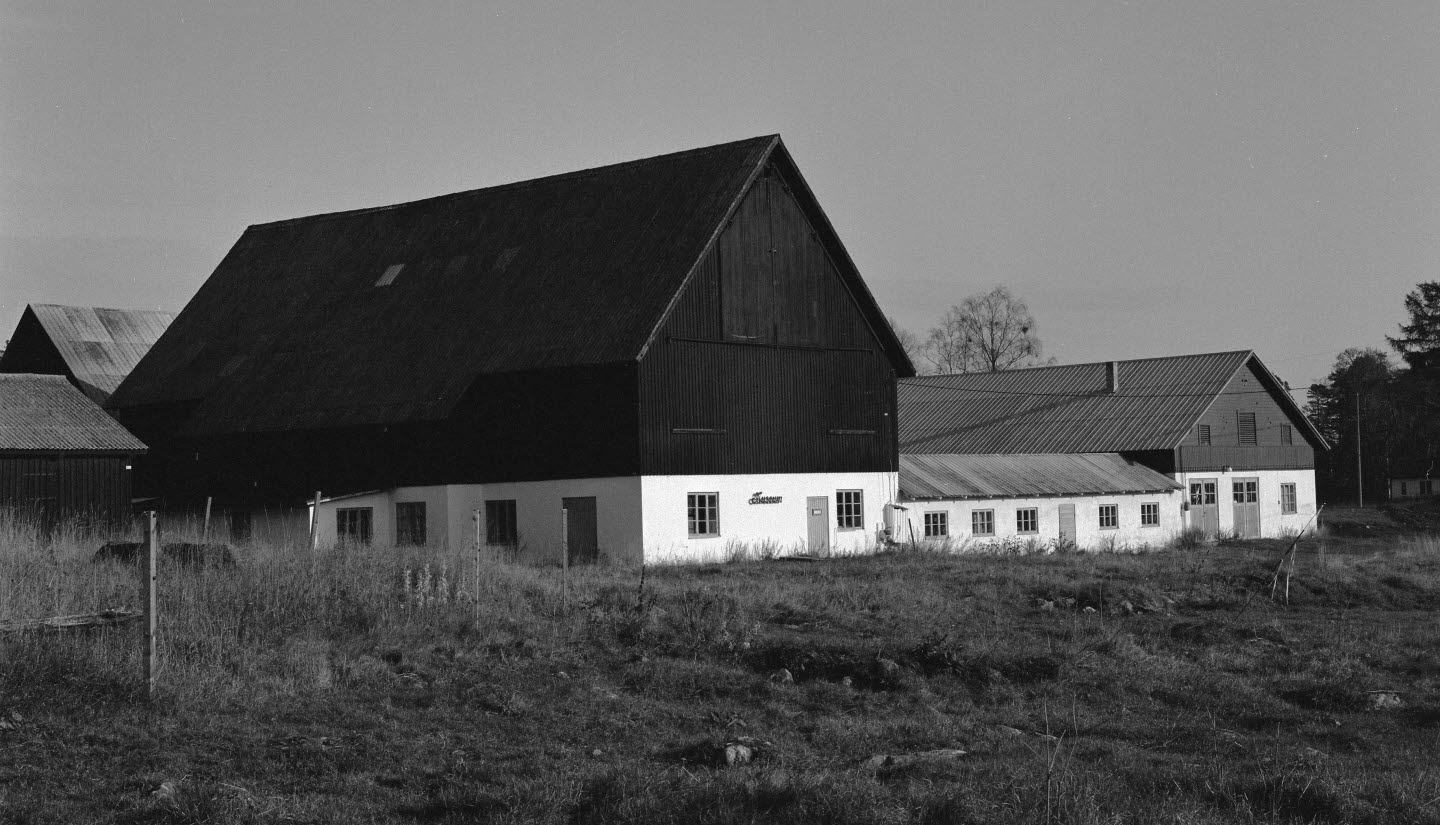 The people who lived and worked in Galtström had to produce their own food. The Galtström Ironworks were essentially self-sufficient. The works’ owner ran the communal farm and purchased the food that wasn’t produced by the works from local farmers and storekeepers.

When the ironworks started, the area was mainly covered by forest and had to be tilled to create arable land. The quality of the soil was poor, and the works used all of the manure from horses and cattles to improve the fertility of the soil.

The workers were mostly paid in kind, and mainly with food.

In addition to the ironworks’ own farm, small-scale farms were also created on the ironworks’ crofts, which the blacksmiths, charcoal burners and other workers leased from the owner of the works. The women took care of the housekeeping and the farms on the crofts. They were helped by their children, who were often put to work at an early age and taught how to behave. The women also worked on the ironworks’ farm.

The distance between the works and the workers’ crofts was sometimes long. Work in the forge was hard and dangerous. The workers had 75-hour weeks with rolling shifts. They had one day off between Saturday night and Sunday night. During the short shifts, which depended on the production in the forge, they slept or rested in a room next to the forge during the week. One of their family members brought them food.

In 1822, 149 people lived in Galtström including family members. They worked 39 crofts. Modernization of the ironworks’ farm began in the mid-19th century. Bogs were drained and became fertile meadows. Homes for the workers were built. By 1856, the population of Galtström had increased to 275. In 1873, the ironworks’ owner built a store that was replaced by a cooperative store in 1906.

The farm expanded and a barn and stable were built in the 1880s in the place where they still stand today. In 1890, about 65,000 liters of fresh milk were produced. The farm now employed 76 people. In the ironworks’ dairy, the milk was used to make cream, butter and cheese.

In 1916, the Galtström Ironworks finally ceased production and the focus shifted to forestry. The farm however lived on and was mechanized in the 1920s. Tractors replaced horses and milking machines were introduced.

Svenska Cellulosa aktiebolaget (SCA) was founded in 1929. SCA’s agricultural activities evolved from forest properties that were purchased together with plots of farmland. By 1962, SCA was one of the biggest farmers in Medelpad with ten farms and 300 hectares of cultivated land. Three of the farms, Merlo, Galtström and Ljungå, had livestock. SCA’s agricultural operations were discontinued in 1963.

For a few years around 1970, Galtström’s Barn was used for processing and preserving fish caught in the Bothnian Sea.