Several tributaries of the Gimån river in Jämtland are being restored in a project that aims to recreate habitats for freshwater pearl mussels, trout and otters. The initiative is part of the EU project Rivers of LIFE. SCA is involved as a landowner and is also carrying out its own measures.

Rivers of LIFE is a major conservation project within EU that will run until 2025 and aims to protect and recreate nature conservation values that are present or have been present in the aquatic environment. The project will restore habitats that were changed during the era when streams were used to transport timber, and restore parts of rivers and watercourses in Jämtland and Gävleborg. The measures will benefit species living in and around the watercourses. The goal is to restore 120 km of stream habitats.

“In Jämtland, we are restoring parts of the Gimån river and its tributaries and sections of the Ljusnan river between Hedeviken and Svegssjön,” explains Håkan Blomqvist, nature conservation expert at SCA Forest. “By restoring the habitats, we are contributing to healthier and better-functioning ecosystems, that can prevent the loss of biodiversity and increase fish numbers in the water.” 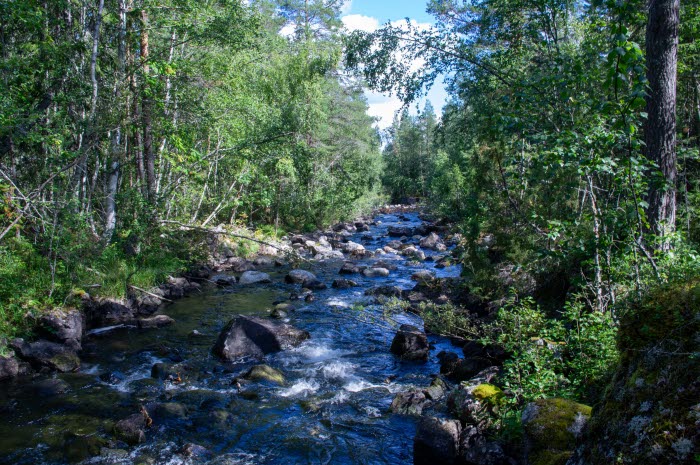 The project is mainly being run by the county administrative boards, but SCA is one of several landowners and is also planning its own measures.
“SCA will primarily remove migration barriers, which involves replacing culverts with arches or bridges, to help fish to move freely in the watercourses. Next year, we will also take part in measures for small liverworts, which will involve placing suitable timber in the water to protect the sensitive moss. We will also take part in replanting freshwater pearl mussels,” says Håkan.

SCA is also the landowner of a demonstration site that is included in the project. At the site, SCA and the Swedish Forest Agency have set up Fjällbäcken, which demonstrates how to respect the aquatic environment in the forestry.

“The EU project Ecostreams for LIFE is a collaborative project between the county administrative boards in Jämtland, Västernorrland and Västerbotten. This project will run between 2021 and 2026 and is the largest water conservation project of its kind ever to take place in Sweden. Again, SCA is participating as a landowner,” explains Håkan.

The aim is to restore more than 140 kilometers of rivers and thereby provide better conditions to attract species such as freshwater pearl mussels, salmon and trout.