2020 was a record year for SCA’s NorrPlant seedling operation. 103.5 million seedlings were delivered in 2020, which is over a million more than before! 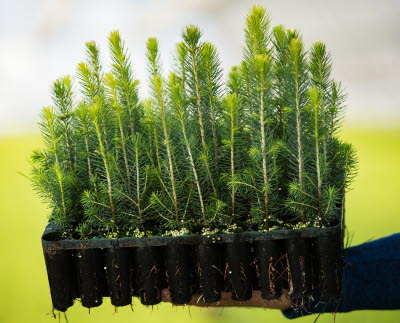 SCA has never delivered as many seedlings as in 2020.

“We delivered 103.5 million seedlings, which is over a million more than our previous record. It’s great to have succeeded so well, especially considering the coronavirus pandemic. In the spring, we were concerned that we would be forced to discard seedlings due to the coronavirus, but it turns out we didn’t have to. Instead, we had a record season that will be hard to beat for a while,” says Peter Engblom, business developer at NorrPlant.

“Pine dominates the forests owned by SCA. Deliveries of pine seedlings are also increasing among our external customers,” says Peter.

The majority of seedlings were delivered to external customers, from Karlstad in the south to Kiruna in the north. NorrPlant also exported some seedlings to Sweden’s neighboring countries.

“We’re noticing an increased interest in our seedlings, which is exciting. We’ve also seen that more customers prefer the Hylosafe treatment, where we spray the seedlings with our own protection against pine weevils. This year, we treated over 20 million seedlings with Hylosafe, which is a dramatic increase compared to before,” says Peter.

From this year forward, SCA is also offering frozen seedlings delivered in boxes. This new delivery method was well-received.

“The frozen seedlings sold out early,” says Peter. “Some of the frozen seedlings were even delivered to our forests in Latvia. That’s where we’re planting our largest seedlings, SuperPot, because they’re ideal for land with substantial vegetation stress, when agricultural land is to be replanted or as part of auxiliary planting needed to support rejuvenation.” 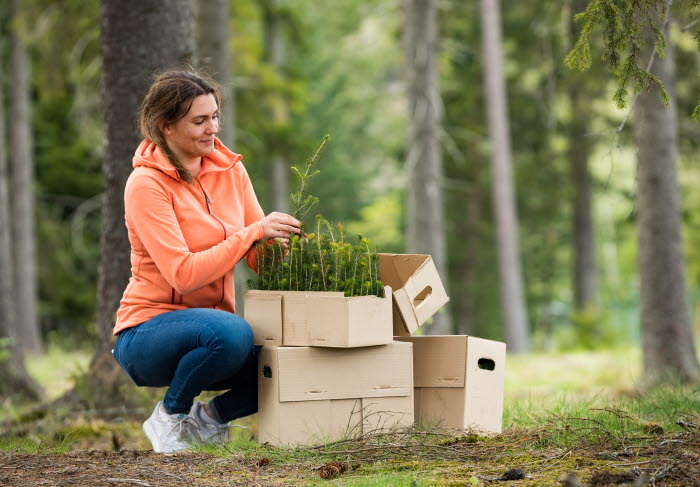 Ahead of 2021, NorrPlant has cultivated approximately 110 million seedlings, 20 million of which have already been delivered in late summer and autumn. The rest of the seedlings are now resting outside under the snow at Bogrundet and Wifstamon nurseries, and will be delivered in spring 2021.

“We look forward to a favorable planting year in 2021. The construction of our pellet facility at Bogrundet tree nursery is also under way. This means we’ll gain a climate-friendly and effective technical solution to heat our 14 greenhouses and avoid the use of oil. We already have 7 of the 14 greenhouses connected and now we’re running tests. Wifstamon tree nursery has been heated through district heating from Östrand pulp mill since 2009 and the facility at Bogrundet will be fueled with pellets from SCA BioNorr. This way we can take advantage of SCA’s value chain and contribute to a sustainable society,” concludes Peter.