Plantma X combines soil scarification and mechanical planting – at the same time. SCA borrowed a machine for a few weeks to see if it could be the solution that would enable tomorrow’s efficient planting process. 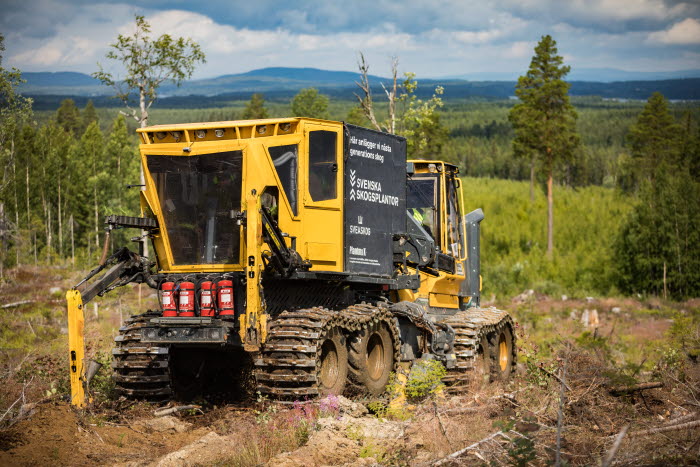 The machine looks almost like something from a Star Wars film when it crawls across the clearcut in the Graninge area. The two long swivelling arms extrude from the back and plant seedlings every time the arm tips reach the ground.

Plantma X has been developed in a collaboration between Grangärde Konsult och Innovation and other companies*, together with Sveaskog. Over the course of a few summer weeks, SCA borrowed the machine to carry out its own trials.

“A mechanical planting process will likely be needed in the future, as it is becoming increasingly difficult to find personnel willing to do this job. Plantma X is an exciting project that has built, in only a short period of time, a prototype machine that has the potential for development,” says Magnus Bergman, Head of Technology at SCA Skog. 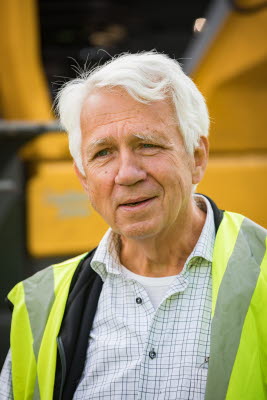 Stig Linderholm is the inventor behind Plantma X. Working together with a dedicated team of engineers, mechanics and programmers, it took just over a year from conception until the machine was ready for operation.

“I was involved, together with a colleague, in the final version of the Silva Nova planting machine, which was closed down 25 years ago. We both felt that we wanted to get to grips with it again, and create something new. Plantma X uses the same basic idea as Silva Nova, though there are otherwise few similarities. Simply put, our machine is a soil scarifier with two mechanical planting arms, where we use modern technology to, for example, assess the ground below with regard to rocks and softness,” says Stig, and continues:

“The machine handles the seedlings very carefully and the planting results are good. This is only a prototype, but the design is already performing very well.

Plantma X is based on a standard EcoLog forwarder with a soil scarification unit installed in the form of a mid-mounted harrow.

“The machine is highly flexible as it can both scarify soil with the harrow and turn sods,” explains Magnus.

A person sits in the cab at the rear and feeds seedlings to the two planting arms. The machine can position the arms for planting every three seconds and the seedling hopper can hold between 10,000 and 20,000 seedlings, depending on plant size. In optimal soil conditions, it can drive 1.8–2 km/h. 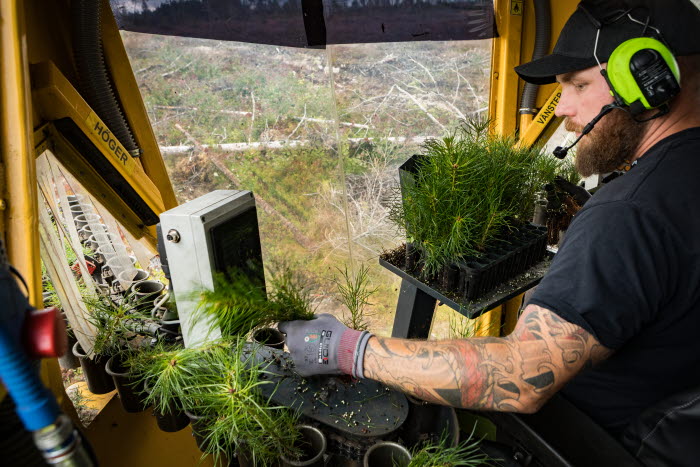 Vallsta Skogsmaskiner in Färila has trialled the machine for both Sveaskog and SCA. They have been testing the machine since autumn 2019.

“Compared with standard soil scarification, we are more careful in planning our route, so we do not drive over the plants that have already been planted,” says Lars Nilsson, who has driven Plantma X since the start of the project. “But it works well, particularly over larger areas. It is fun and exciting to be part of testing something new.”

“There are always two people in the machine, one driving and one feeding seedlings, and the feeding operation can become a little stressful. You need to adopt a steady pace when feeding the arms with seedlings and we swap with each other so we can vary the work,” says driver Nicklas Levinson. 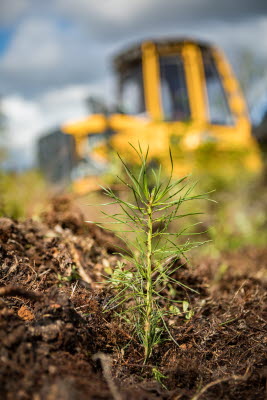 SCA’s test areas comprise approximately 100 hectares. Staff from NorrPlant have created six different test areas and used Plantma X to plant spruce and pine in both turned sods and in harrowed tracks of mineral soil. The soil in one area was scarified by Plantma X, but planting was then conducted manually to compare the result with mechanical planting.

“The quality of the planting looks good, even though the machine is not tailored for our seedlings. The collaboration with Grangärde has been excellent and they quickly adapted the machine when we pointed out that the planting tips were stopping the plants from being planted at a sufficient depth,” says Magnus.

“We have also dug up about 100 seedlings after planting to check the roots and the root ball and we can see that the machine’s handling has not damaged the seedlings, which is very positive,” says Nicklas Borg at NorrPlant.

Stig has enjoyed collaborating with SCA.

“It worked very well. SCA has been very involved and was quick to provide both positive and negative feedback. I usually say that we have built a good machine, but any further development needs to include the users. They must consider how they want to use the machine and which elements are best suited to their needs.

SCA will now evaluate the trials and the test planting and consider the possible future for Plantma X in the company’s operations.

“We need to look at costs, quality and productivity as well as a few other issues,” says Magnus. And then there are naturally technical details that need to be ironed out to meet our needs. But we can definitely see the machine’s potential, and will probably be part of its continued development – it’s just a question of how. We’ll see what we decide.