Unused land can give the forest new life

SLU researcher Mats Dynesius believes pine forests on non-productive land – that is, land with very slow growth that is therefore not put to use – could be a sanctuary for disadvantaged forest species. With SCA’s help, he is re-creating living environments with dead and damaged pines and studying what benefits they can provide for various beetles. “There are unutilized opportunities for nature conservation on non-productive land,” Mats says. 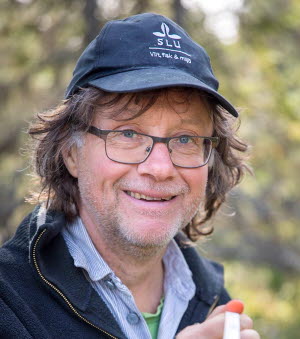 From an industry perspective, the pine has long been northern Sweden’s most-used tree. This has had a dramatic impact on biological diversity in the pine forests.

“Species that benefit from – or are entirely dependent on – old, damaged or dead pine trees and slow-growth or resin-impregnated pine wood have become rare; a large number of them are on the IUCN Red List or even classified as threatened. In other words, there is a crisis of biological diversity in the pine forests and we need to solve it,” explains Mats Dynesius, a researcher at SLU, the Swedish University of Agricultural Sciences in Umeå, Sweden.

“It occurred to me that no one is particularly interested in non-productive land, so there was a great, unused opportunity for nature conservation in them. We can use pine forests on non-productive land to re-create important living environments that have been lost by damaging pines with chainsaws, for example, or prescribed burning,” says Mats, and continues:

“One good thing about nature conservation efforts on non-productive land is that they don’t encroach on forestry’s need for raw materials. Dead wood created on non-productive land has grown slowly; this dead wood is precisely one of the living environments that has decreased drastically in the forests being used today. Moreover, the trees stand very far apart, which provides a light and sunny environment that favors many of the species that depend on dead and injured pine timber. Many of them need warmth specifically.”

SCA is the landowner

“I met with an enthusiastic response from SCA, which was extremely gratifying. SCA is a major forest owner in northern Sweden. We’re looking at non-productive land on both outcrops of bedrock and bog land, and studying how beetles that live on wood are impacted by the measures we take.”

The decision to study beetles was due to the fact that it is a group containing disadvantaged species that live on damaged, dying or newly dead pines and therefore react quickly to such measures. 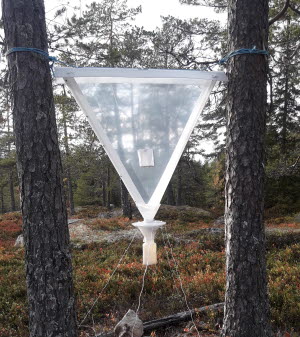 “We collected the traps in late September and early October, and over the winter we’ll see what kinds of beetles and other insects we caught.”

Once the traps were collected, it was SCA’s turn to take action using chainsaws.

“SCA has ring-barked the trees around each one of 40 traps and killed eight pine trees this way, in order to speed up the new formation of dead wood. Moreover, we’ve strip-barked all the other, somewhat larger trees within 15 meters of each trap.” 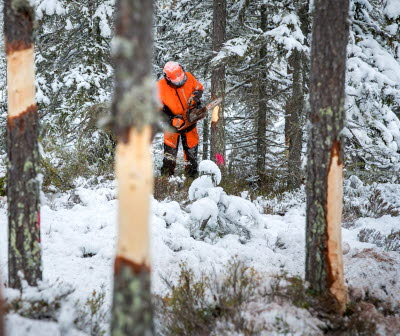 Strip-barking, as the name implies, means damaging the pines by removing pieces of bark from the trunk. This forces the pines to form wood that is richer in pitch, which is reminiscent of the wood that is formed when pines are damaged by fires. There was a lot more of this type of wood previously, when the forests burned more often. In addition, it is hoped that the branches on a number of the strip-barked pines will die, becoming a living environment for insects.
“In total, SCA ring-barked 320 pines and strip-barked 874 pines over the autumn in this experiment,” Mats tells us. 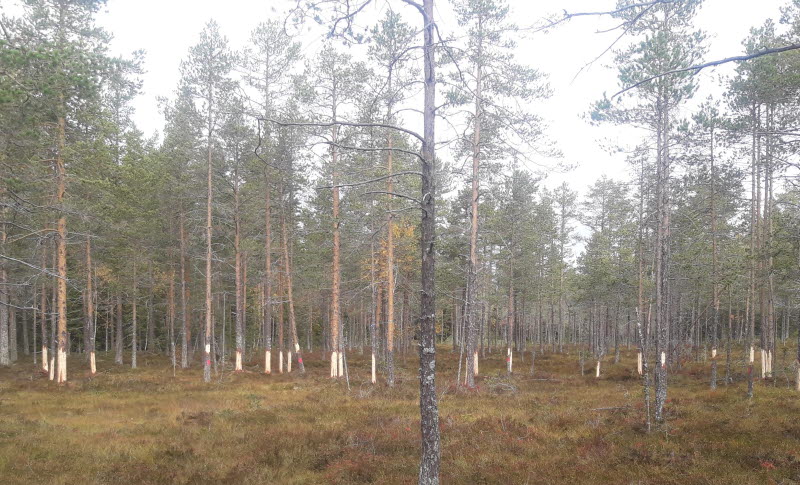 Now a long wait remains, with the hope that the injured pines will provide new opportunities for animals and fungi that have been disadvantaged by forestry management.

“In the summer of 2021 we’ll set out the traps again in the same locations and catch new insects, which we can then compare with those we caught this year. I hope we’ll find many more of the beetles we want to encourage, as regards both individual numbers and species,” Mats says. “We’ll also see if the measures have had the greatest effect on outcrops of bedrock or on bog land. It will be really exciting!”

If it turns out that the measures work, this is a nature conservation effort that SCA and other landowners could make, thus putting their non-productive land to an important use.

“Nature conservation in pine forests normally takes a very long time to occur naturally. But here, we hope, we can put nature on the right track and speed up the process of creating important living environments for various species.”