SCA has a long-term perspective and takes responsibility for sustainable development throughout our business. See our good examples and activities that show how sustainability is part of SCA's business concept. 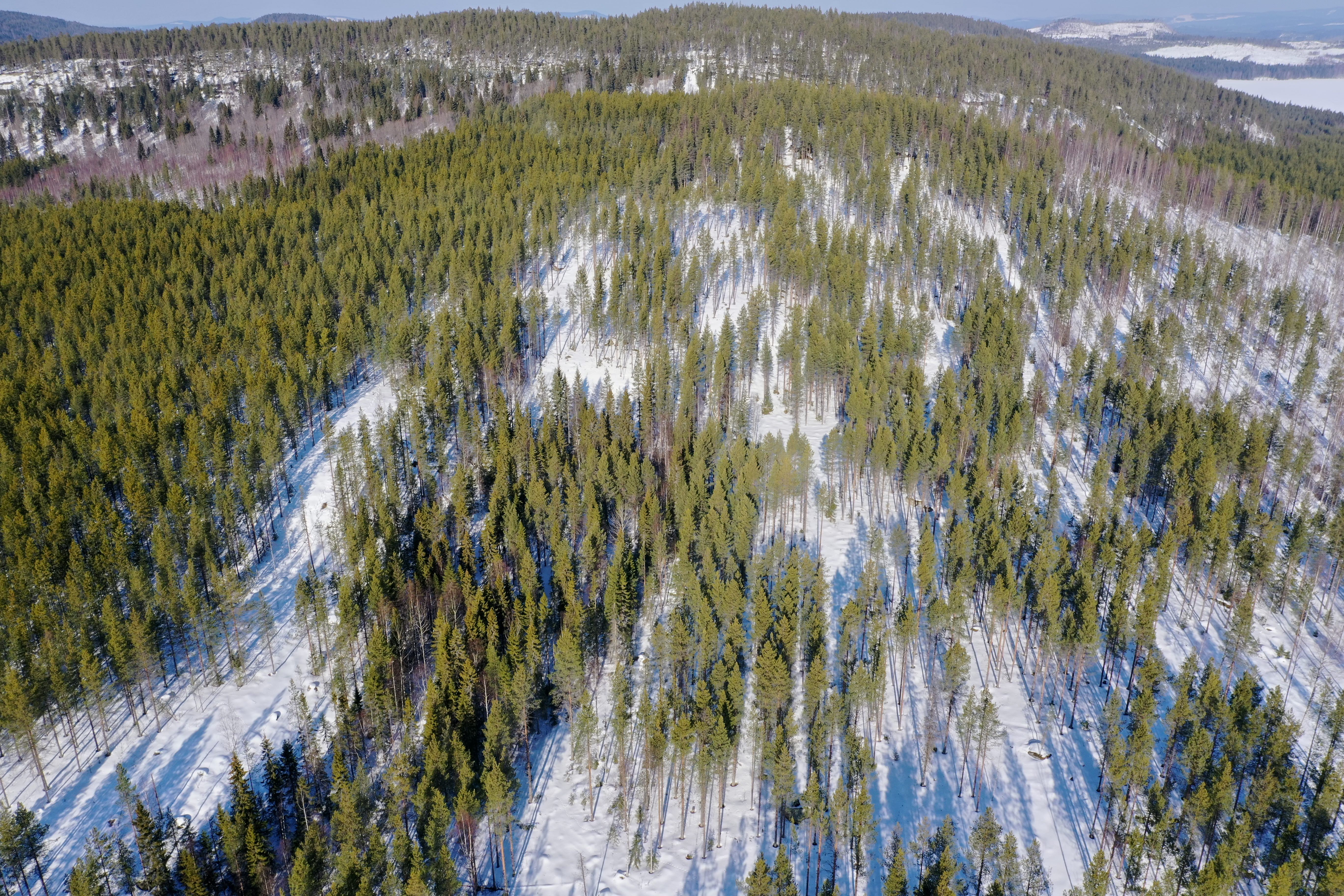 SCA tests alternative harvesting method
From above, the site in Tjäderberget Conservation Park looks like a large chess board with forested patches alternated with small harvested areas. SCA has tested a variation of group selection harvesting here with the aim of retaining the feeling of a forest after harvesting and avoiding large treeless areas. 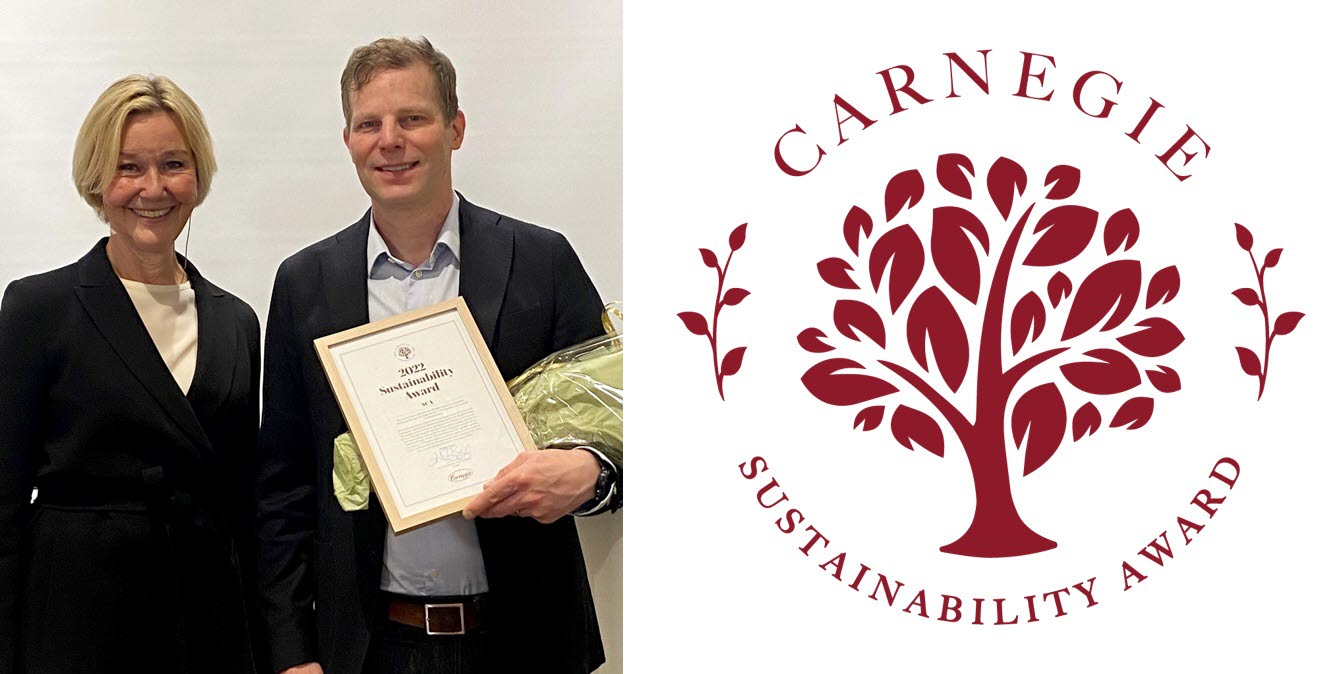 SCA, winner of the “Carnegie Sustainability Award”
SCA is awarded for the company's sustainability work with the Swedish forest. In the motivation for the award in the category “Large Cap”, it is emphasized that SCA's forest is 100 percent certified through FSC and PEFC, that SCA is already clearly climate positive and has clear future goals for climate work.

SCA engaged in water conservation project
Several tributaries of the Gimån river in Jämtland are being restored in a project that aims to recreate habitats for freshwater pearl mussels, trout and otters. The initiative is part of the EU project Rivers of LIFE. SCA is involved as a landowner and is also carrying out its own measures.

Nature conservation across company boundaries
SCA and Holmen are cooperating to create a forest trail with a focus on nature and cultural conservation in a area with first-class forests and high conservation values. The trail is part of Holmen’s “Kunskapsskog” and encompasses SCA’s voluntary set-asides in Kunnådalen in Ångermanland, Sweden.

Burning forests – for nature’s best
Controlled burning is one of the most effective nature conservation measures that we can perform. Through fire, we create habitats for species that benefit from or that are dependent on forest fires to be able to survive. We carry out burning under highly controlled forms. 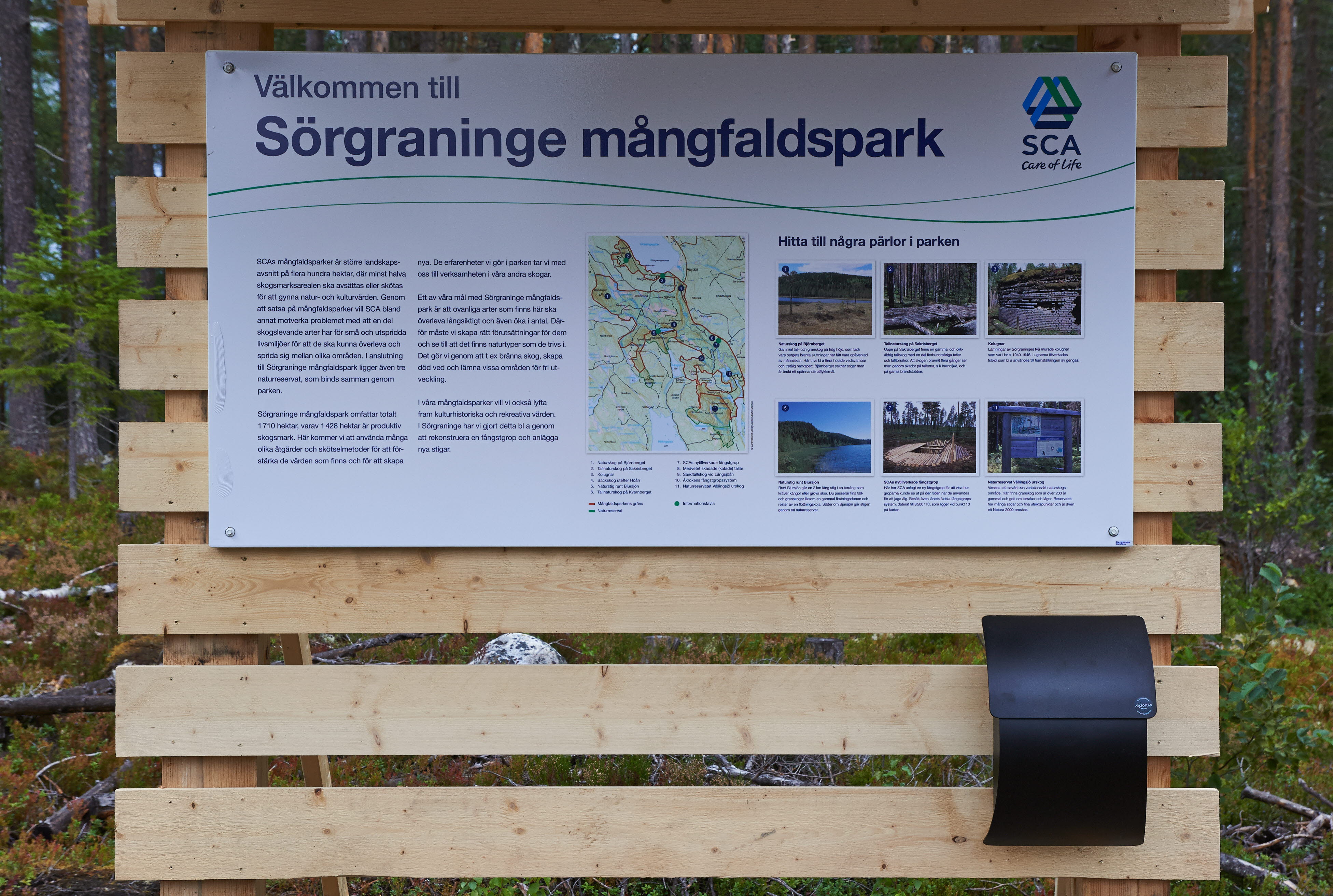 Our Conservation Parks
Our parks are areas distinguished by a higher degree of diversity than the forest landscape in general. Our aim is to develop forestry and ensure even greater resilience and sustainability from all perspectives.

Ensuring forests growth and usage
The forest industry contributes to counteract climate change. With the forestry we are pursuing, our growing trees capture and bind four million tons of carbon dioxide a year in the forests' ever-growing standing volume.

Our forests are home to lots of animals and plants. Responsible forestry involves, among other things, sustaining the conservation of biodiversity, offering nature experiences in the forestland and providing a high quality raw material. SCA's large forest holdings are an important carbon sink, as growing trees absorb carbon dioxide from the atmosphere. Forestry also provides many jobs. Our forest certificates ensure credibility to our work.

Focus on woodpeckers and wetlands at Sörgraninge meeting
The restoration of wetlands and the white-backed woodpecker were a few of the topics discussed at this year’s reference group meeting in Sörgraninge conservation park. “It is invaluable to receive many opinions from different stakeholders,” says Mikael Berg, park manager.

Focus on woodpeckers and wetlands

Certificates
The most common reason for certification is that customers require a company to demonstrate that serious quality and environmental work is being conducted. SCA also sees the benefit of a certification auditor reviewing our operations and making demands on our business development.

SCA invests in fossil-free heating at Bogrundet nursery
Fossil-free heating is to be installed at SCA’s Bogrundet nursery. The investment includes a large, environmentally-friendly heating system that will operate on pellets. SCA is also receiving a grant from the Swedish Environmental Protection Agency’s Klimatklivet initiative to reduce its emissions of greenhouse gases.