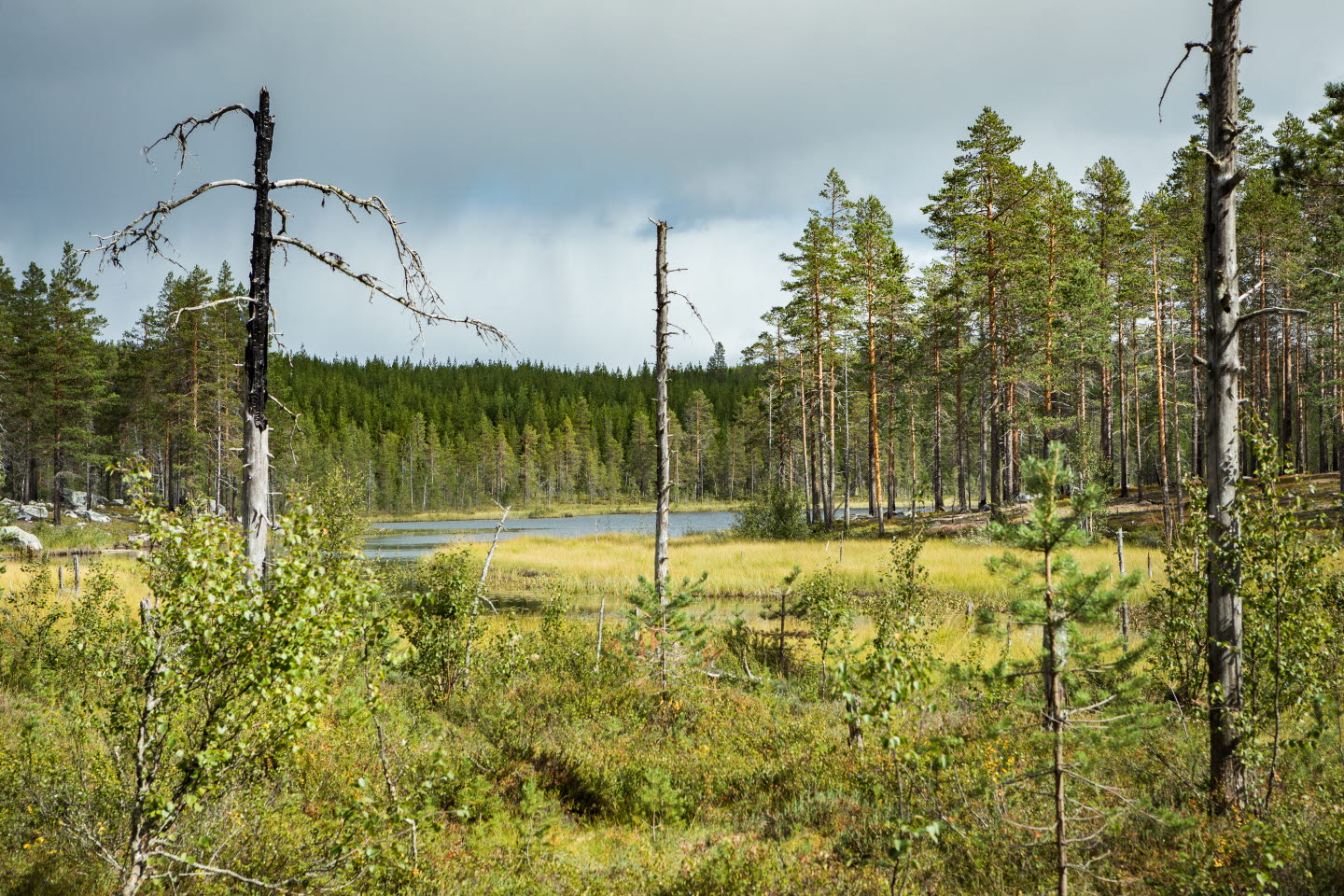 SCA's forests are home to lots of animals and plants. And our goal is forests to be at least as rich in biodiversity in the future as they are today. For some threatened and rare species, special efforts are required to survive and increase in numbers.

The preservation of biodiversity in the Group’s forests is the most important environmental target in the management of SCA’s forests. Areas that provide vital habitats for sensitive flora and fauna are excluded from forest management through voluntary set-asides or using alternative forms of forest management that promote biodiversity. SCA also takes extensive conservation measures in managing forest areas that do not contain any particular conservation value. Productive forest land is therefore set aside from harvesting in our ecological landscape plans, which SCA has developed for its entire forest holding. In 2019, the voluntary allocation amounted to 8.3% of productive forest land. In 2019, an additional 12.7% of productive forest land planned for harvesting was set aside.

SCA also carries out targeted preservation measures for threatened species. For example, SCA has planted pasqueflowers, restored wetlands and created butterfly parks to protect the two endangered species Baptria tibiale and Lycaena helle. The company has also established five conservation parks that encompass more than 10,000 hectares of forest land, where at least half of the land is earmarked or managed in a manner that promotes nature and cultural heritage. SCA uses the knowledge it gains in these parks in its other forest operations. SCA cooperates with government authorities, research institutes, non-profit organizations and private individuals to continually improve ways of working and measures.