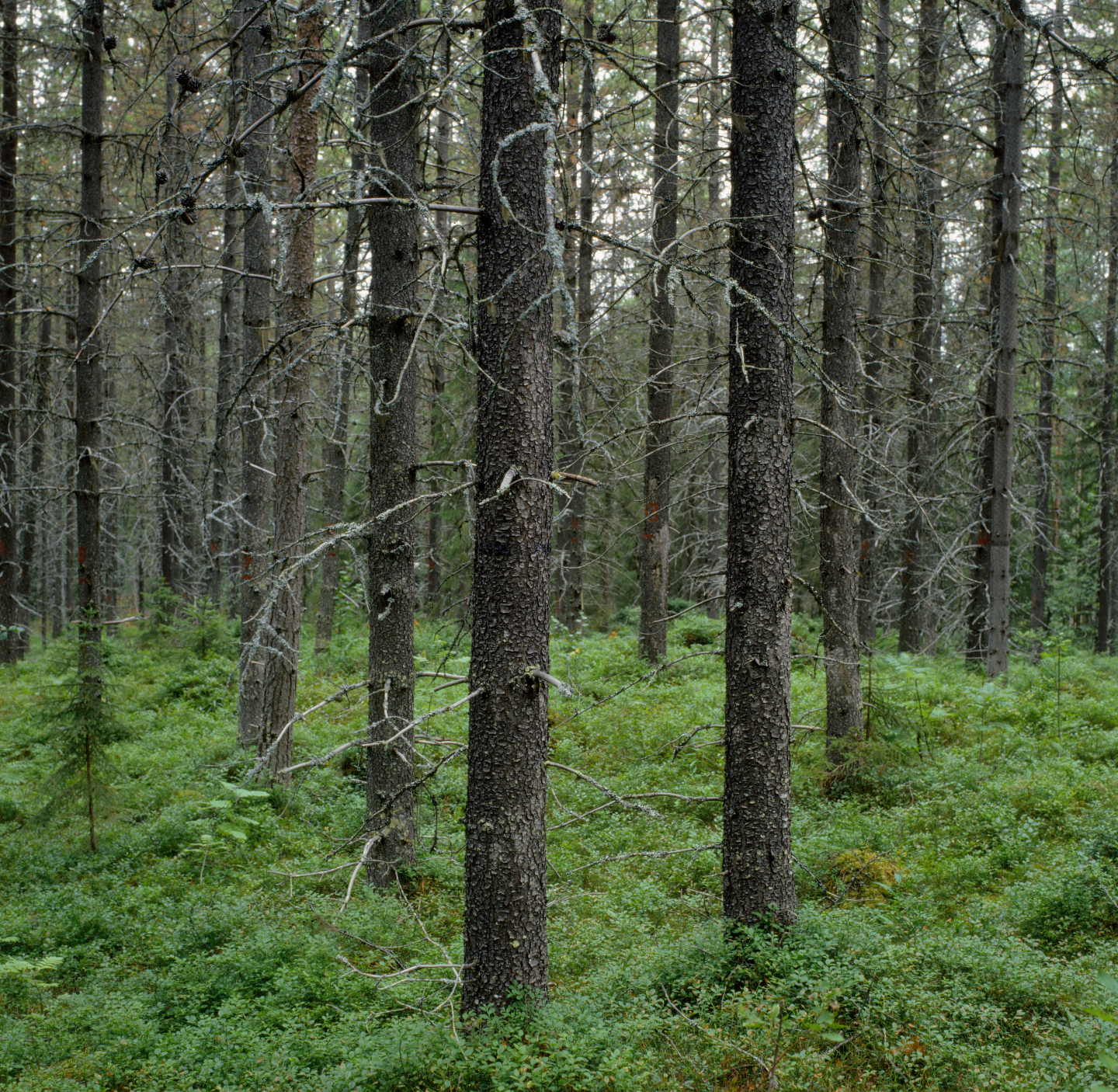 The contorta pine, Pinus contorta, is a Canadian tree species that grows 40% faster compared with Swedish pine on the same land. After extensive experimentation and evaluation, especially of environmental effects, contorta pine was introduced in Sweden in the early 1970s.

The contorta is resistant to several of the diseases that can affect Swedish pine — leaf rust, for example — and it is not the object of browsing moose to the same extent.

As a result of contorta growing faster than Swedish pine, contorta forest is denser; ground flora is thus pushed out. Contorta also disrupts reindeer husbandry, in part by pushing out ground lichens in the denser contorta forests and in part by making it difficult for reindeer to pass through, which makes moving herds more difficult.

All use of contorta pine on reindeer grazing land is discussed in consultation between SCA and the Sámi villages concerned; SCA does not plant contorta pine where it risks disrupting reindeer husbandry.

The Swedish FSC standard permits limited used of contorta pine, and SCA does not plant contorta pine closer than one kilometer from nature reserves. Contorta may not constitute more than 20% of the forest in a larger landscape.

Contorta can self-regenerate to a limited extent, above all where the ground has been disturbed — for example, in a roadside ditch.

Contorta pine grows on 300,000 hectares of SCA land, or 15% of SCA’s productive forest land. Growth in these forests is over one million cubic meters per year.